Glaciers and Other Natural Wonders

Gustavus and Glacier Bay National Park are intricately woven with glacial history. The easiest evidence of the recent retreat of a massive glacier is that the land around Gustavus is actually rising! Freed from the weight of the ice, this phenomenon is called isostatic rebound and is rising about an inch and a half per year. In Glacier Bay’s West Arm, it is possible to see the tidewater glacier that once filled the bay, flowing into the ocean and calving off icebergs. The magnificent “sacred” Fairweather Mountains rise starkly from the Pacific Ocean to a height of 15,300 ft,(5,100 m.) causing huge amounts of precipitation which falls as snow forming the Brady Icefield from which these active glaciers travel, pushing rock and debris into the sea.

Glacier Bay is the birthplace of the study of plant succession: how plant and animals return to a landscape after it has been wiped to bare rock by glaciers. A trip into the bay is a journey back in time beginning with Bartlett Cove’s two hundred year old forest and traveling north, up-bay to the glacial faces, where only mosses, lichens and dryas mats have taken hold. 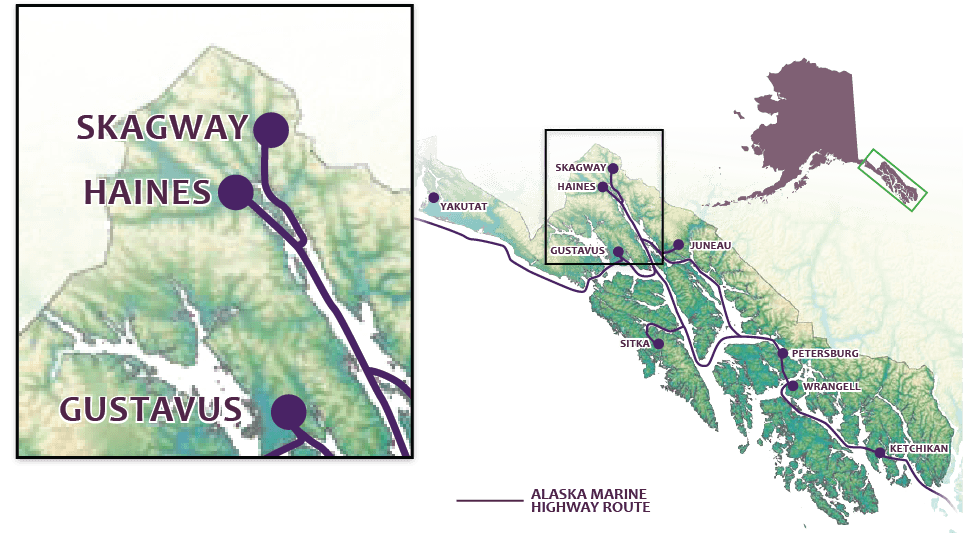 For more information about Haines: